It Was the Wrong Road but the Right Potato 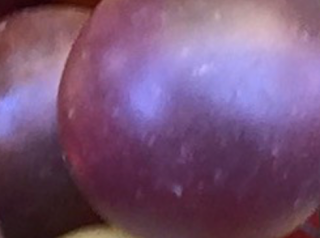 She drove down the highway looking for the sign Rudy said was the landmark for the road. She was beginning to regret driving all this way to find an office picnic that may not even be here. She started grumbling out loud now, “Rudy’s always been a prankster. Why did I believe him this time. Look for a potato! That’s what Rudy said!”

And suddenly there it was! A brightly colored small billboard with a picture of a potato. Thats all, no words. She turned onto the road happily now looking forward to the picnic. She’d made her special raspberry jam just for this event.

She noticed up ahead an old man walking slowly. He looks tired, she thought. She pulled up next to him, “Would you like a ride,” she said. The man looked relieved and got in the car with a sigh.

As she pulled away she glanced at him noticing that he was younger than she had thought. “If you’re thirsty there’s an extra bottle of water there,” she pointed to a bag on the floor. He reached for it and drank it all. He sighed again and leaned back for a moment.

“You’re very kind,” he said. “I’ve made this walk once a week for many years to check on the billboard and you are the first person ever who has stopped and helped.”

She asked, “Are you going to the picnic?” He looked puzzled for a moment and then said, “Oh, I heard about that but that is a few miles up the highway, I think.”

“I heard,” he continued, “that they were going to use a sign like mine to mark their place but I asked them not to because it took my grandparents years to create this particular purple potato we raise. We distribute it to only a few places since it is so special.”

Fascinated by what he was saying and forgetting the picnic for the moment, she had pulled over and stopped as they continued to talk. She asked, “Does it have a special taste?” “Yes,” he answered, “but that’s not all. It has a unique quality. If you like, I have a small sample here in the form of a cookie. Would you like to share it with me?” He hurried on to say, “I assure you, it is completely safe.”

A comfortable feeling came over her. She felt she could trust him. “Okay, I’ll try it,” she said. He pulled out the cookie and she noticed that it seemed to have a purple glow. He broke it neatly in half and with a whimsical tap of cookie halves they ate it at the same time.

Almost immediately she felt the change. All of her old aches and pains were suddenly gone and she felt like she was 20 years old again.She smiled and looked over at him. He now looked about the same age as she felt. She glanced at her reflection in the rear view mirror and she looked 20! “Is it real?” she asked.

“Yes,” he simply said. “How long does it last?” she asked quietly. “As long as you want,” he answered. He tentatively reached out and gently touched the back of her hand. She felt wonderful with his gentle touch. Almost whispering she said, “Are you my other half?” “Yes,” he said quietly, “It’s our time now.”

Robert Shapiro
Robert is known as a Shaman, Mystical Man and Professional Trance Channel for over 35 years. More than 40 of his books have been published so far. For more see Robert's YouTube: https://www.youtube.com/BenevolentMagic and a list of his books: https://www.lighttechnology.com/authors/shapiro-robert